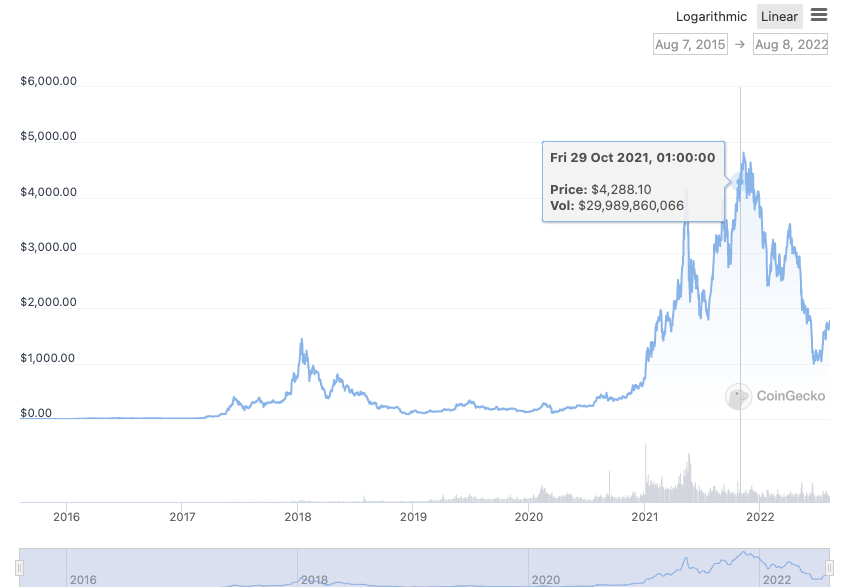 According to Pal, Ethereum, the second highest digital asset by market cap, has higher to go in terms of price. The crypto expert believes that most participants in the market are underweight Ethereum and are expecting failure at resistance.

Raul Pal shared his market thoughts previously and most famously on October 29, 2021 when he posted a tweet on being “irresponsibly long” on Ethereum.

This tweet faced a lot of criticism on social media, as, at the time, the price of Ethereum was $4,288.10, and it was only a few weeks after the markets crashed, and crypto prices dropped severely when some reached pre-covid prices.

It is important to note that the Ethereum Merge is scheduled soon, with a tentative date of September 19. Ethereum price has increased 43.5% in the past 30 days anticipating the merge. The Ethereum merge will mark the end of proof of work on Ethereum and the full transition to proof of stake. The merge is set to reduce Ethereum’s energy consumption by approximately 99.95 % according to Ethereum’s official website.