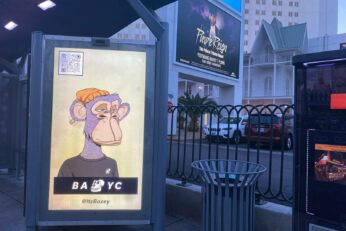 According to The Block, the concept artist, and California-based creative disclosed the development on a Twitter Spaces discussion this week. Ripps also said that a settlement package north of $100 billion could convince him to drop the case after revealing that he had incurred a lot of anguish in recent months.

Ripps’ decision to lawyer up comes after Yuga Labs launched a lawsuit back in June, as EthereumWorldNews reported. The BAYC creators claimed that Ripps broke copyright laws by publishing a copycat NFT collection based on the original BAYC lineup. The so-called RR/BAYC project could also devalue Yuga Labs’ work and hijack the outfit’s revenue streams, per the filing.

The lawsuit filed by Yuba Labs at the US District Court of Central California also targets Jeremy Cahen, the founder of an NFT marketplace known as Not Larva Labs.

The saga began in later 2021 after Ripps called for Yuba Labs for infusing “subversive internet nazi troll culture” into their BAYC NFT collection. Ripps followed up by launching the RR/BAYC in a supposed protest.

Ripps’s theory was complemented by a documentary released by YouTube Philion, who claimed that the BAYC NFTs held subtle elements that paid homage to Nazism.

The BAYC creators responded via a medium post and labeled the accusations as “bullshit”. Shortly after, the firm filed a lawsuit to seek legal redress.