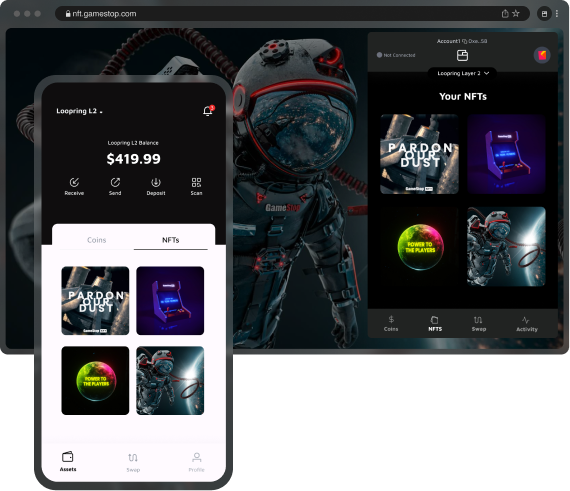 American video game retail powerhouse GameStop announced the launch of its self-custodial Ethereum wallet as part of its deep dive into the Web3 digital economy.

According to a press statement issued on Monday (May 23, 2022), the wallet supports cryptocurrencies and non-fungible token (NFT) operability across multiple platforms and decentralized apps (Dapps) including GameStop’s beta marketplace.

The retailer said the wallet will allow gamers and users to interact with the broader Web3  ecosystem without ever having to exit their web browsers. Notably, the wallet comes as a browser extension like MetaMask and can be downloaded from Chrome’s web store.

Features available through the wallet are similar to other decentralized wallets. Users can send, receive, store, as well as approve transactions for digital currencies and NFTs.

The video game retailer announced a marketplace for digital collectibles powered by blockchain technology earlier in March 2022. As EWN reported, the platform was in partnership with the Ethereum layer 2 scaling protocol Loopring.

The retail giant previously announced plans to build its marketplace with another layer 2 scaling solution – Immutable X. At the time, the pair also unveiled a massive $100 million fund earmarked for studios building NFT-powered gaming experiences with plans to launch on GameStop’s platform.

Milestones meant to trigger the release of more funds were also included in the deal. Immutable X planned to dish out another $150 million in IMX tokens for achievements in sales and trading volume at the time.