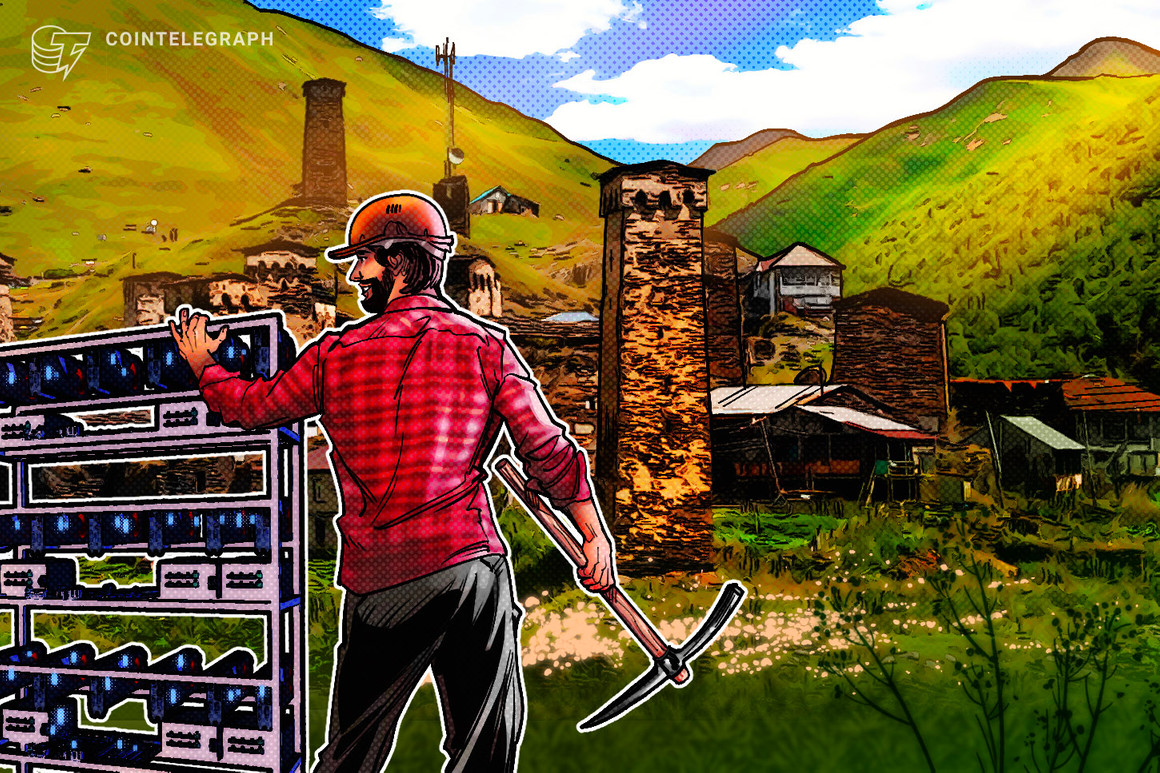 Who would have thought that a small country in the Caucasus Mountains could become one of the world’s leaders in cryptocurrency mining?

Despite its small size and population, Georgia has become a popular spot for cryptocurrency mining thanks to its cheap electricity, the absence of legislative restrictions and attractive tax incentives. This combination of factors has engaged not only Georgian citizens but also foreigners who want to try their hand at cryptocurrency mining.

Georgia’s economy is actively developing, but it has not yet grown up to the level of other developed countries. In 2015, in order to attract foreign investment and boost the economy, Georgian authorities established a Free Economic Zone (FEZ) in Tbilisi, the capital of the country.

This action turned out to be a boon for the cryptocurrency business. By 2018, the country ranked second in the profitability of Bitcoin (BTC) mining.

The low cost of electricity attracted foreign investors to the country, namely the Dutch company Bitfury, an industrial miner and one of the largest in the world. In June 2014, it opened its first data center with a capacity of 20 MW in Gori. In December of the following year, Bitfury launched a more powerful (40 MW) data center in the Gldani district of Tbilisi. Thus, the company increased its capacity in Georgia to 60 MW.

The mining company became the administrator of the Free Industrial Zone in Tbilisi, where 18 hectares of land were allocated for just $1. In addition to cheap electricity, Bitfury registered the company in the zone in order to get a tax break, avoid currency regulations and get access to cheaper utilities and other services.

The success of Bitfury turned the heads of many Georgians, who actively began to acquire powerful GPU cards and create their own small mining farms. According to the World Bank report, about 200,000 people were engaged in cryptocurrency mining in Georgia in 2018.

Related: Mining worldwide: Where should crypto miners go in a changing landscape?

Until recently, Georgian state authorities didn’t influence the circulation of digital money in any way. Several times, representatives of the national bank of the country have stated that it is necessary to be careful with cryptocurrencies, as they are not legal tender.

By 2019, the great influence of this sphere on the country’s economy led the Ministry of Finance of Georgia to clarify the taxation of cryptocurrencies.

Unlike individuals, corporate income is taxed on corporate profits derived from sources around the world. As a result, if a Georgian company receives income from crypto transactions, it will have to pay a 15% tax on the transaction. But, if a company doesn’t fix profits and doesn’t pay dividends and directs all the income received to its development, then it is exempt from paying corporate income tax.

In addition to the VAT, income from the purchasing or sale of hash to a non-resident is subject to an income tax rate of 10% if it is obtained from the source of Georgia.

Other than taxes, there is no clear regulatory framework for cryptocurrencies in the country at the moment.

Additionally, any business can obtain a cryptocurrency license in the FEZ. The license can be obtained in just 5-10 days and is issued in the form of a limited liability company or a joint-stock company, where founders may be residents of any country. In particular, the license gives the right to write off and enroll funds in accounts, produce digital money and provide payments and transfers using such money.

Nevertheless, some Georgian authorities have turned their attention to the cryptocurrency market. Natalia Ivanidze, manager of the financial innovation office of the National Bank, told Cointelegraph that the regulator will be more active in this sphere:

Earlier in 2021, the National Bank of Georgia announced that it was considering a central bank digital currency (CBDC) called the digital lari, for which the pilot program could launch this year. As is characteristic of bank-issued digital currencies, the digital lari would not be a cryptocurrency but only an evolution of cash. It could not be mined, and the sole issuer would be the National Bank.

At the initial stage, the digital lari is planned to be introduced for retail sales. The National Bank believes that national digital currency will help increase the efficiency of the payment system and financial integration.

Related: The race for semiconductors: Are crypto miners taking the lion’s share?

Any business has its complexities and crypto mining in Georgia is no exception. After the mining farms set up shop in the Free Economic Zone in Tbilisi, several questions arose in relation to both the business and the status of the zone itself.

Some residents of the country feel that crypto miners and enthusiasts don’t bring any benefit to the country and enjoy the tax advantages provided by the FEZ.

The unregulated production of digital currencies and non-controlled use of electricity leads to frequent power outages in some areas of Georgia, much to the dismay of the country’s citizens.

The Svaneti area suffers more than the others. This region is fully exempted from payment for electricity as an effort to support the more rural and remote towns and villages. Therefore, it is not surprising that nearly 1,000 miners quickly appeared there. Their powerful computers began to use almost all electricity in the region, which led to the disconnection of light in homes, hospitals and schools.

Such cases are not uncommon in all of Georgia, but it doesn’t stop miners since this field of activity is not explicitly prohibited by regulators. Furthermore, for many Georgians, cryptocurrency mining is a form of supplemental income that is relatively passive, as mining rigs can be set up in the basements, garages, hangers and apartments.

Mining in Georgia was and remains attractive thanks to the obvious benefits like cheap electricity, but the question still remains how long this will last.