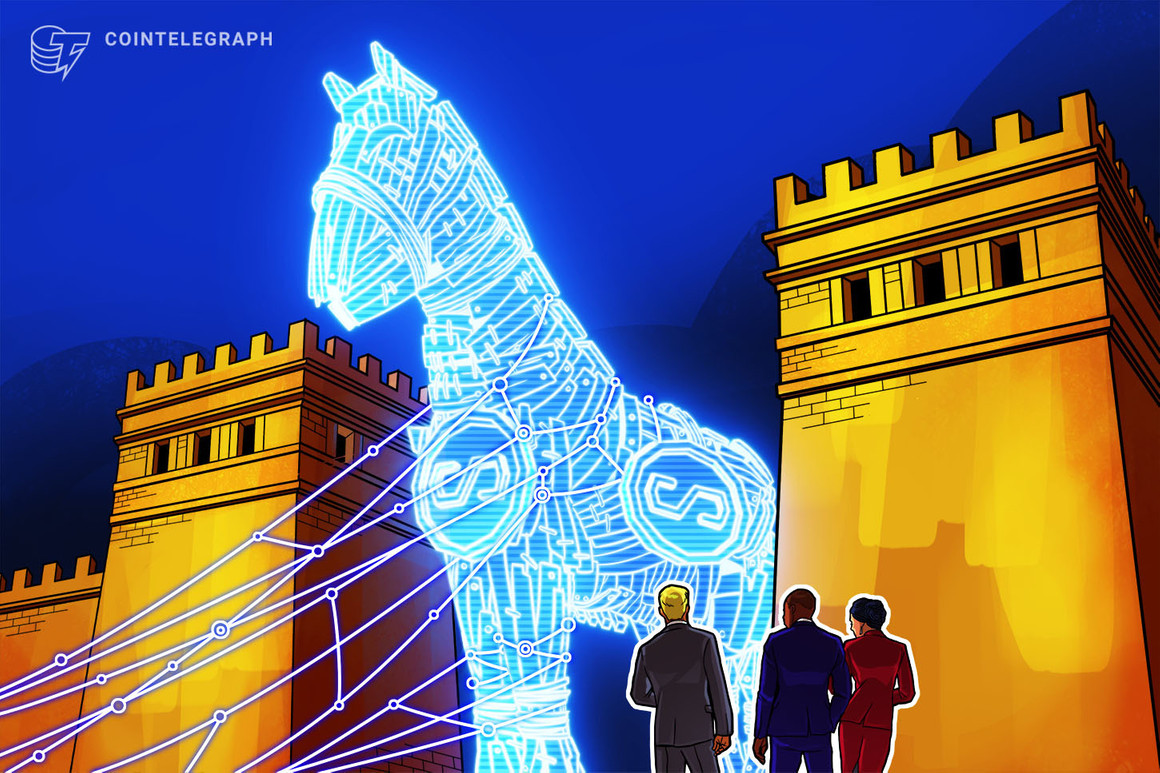 As one of a number of Cointelegraph representatives attending the Paris Blockchain Week Summit (PBWS) at the historic Palais Brongniart — a neoclassical building previously serving as the headquarters for the Parisian stock exchange from 1826 to 1987 — European news reporter, Joe Hall sat down for an in-depth interview with the Chief technology officer of Bitfinex and Tether, Paolo Ardoino.

Previously ranked 88th in Cointelegraph’s prestigious Top 100 2021 for his influential impact on the growth of the decentralized finance (DeFi) ecosystem, Ardoino spoke on an array of topics including the adoption of Bitcoin and Tether as legal tender in the Swiss city of Lugano, the scalability concerns of popular blockchain networks, as well as the potential for new countries to accept Bitcoin in the future.

In early March, the Swiss city of Lugano — which is also a major financial hub in Switzerland — formed a collaborative partnership with stablecoin operator Tether to launch a 3 million-Swiss franc initiative designed to encourage the adoption of blockchain technologies and the use of digital assets.

Utilizing Bitcoin (BTC), Tether (USDT) and the native citizen loyalty token LVGA Points, the assets can be transacted by locals in activities such as taxation and purchasing of public goods and services.

In addition, the project has also pledged to create educational scholarship programs within the three universities of Lugano, a blockchain summer camp, and a maximum-valued 100 million Swiss franc ($107.2 million) pot to foster the growth of blockchain start-ups:

“In just one month since the announcement, working with the city we have set up a working group that includes tax, legal and relocation advisors […] and we have been able to start onboarding 25-30 different companies and startups” […] which “between the company’s assets and private wealth” are valued “between 300 to 400 million Swiss Franc.”

Ardoino noted that these company’s relocated their operations from both within Switzerland, as well as from countries such as India and Singapore. He stated that their intention is to “use these few startups as a template” to pave the path for others in the future.

Referencing his tweeted picture of an Lugano newspaper article with the headline ‘Cittá affamata di bitcoin,” translating to “City hungry for Bitcoin,” Ardoino said that “stablecoins are the perfect trojan horse for Bitcoin” in that they can serve as the initial mechanism for adoption before exploration into more complex, regulatory-stringent cryptocurrencies.

When questioned on the possibilities of new European country’s adopting Bitcoin, Ardoino said that “we’re looking at different other jurisdictions”, and that some people within “the parliament are interested to talk to us as they would like to educate themselves to create a case for internal adoption.”

Though in saying this, he was keen to stress the importance that the vision of wide-scale Bitcoin adoption throughout Europe would not be achieved overnight, but through a bottom-up, community-first approach, such as witnessed in Lugano.