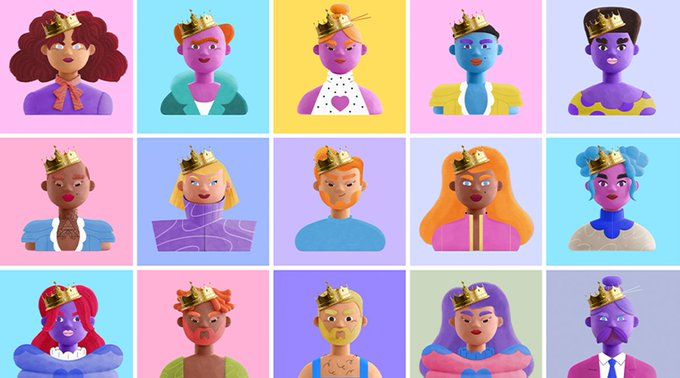 Global American-based business and lifestyle behemoth Forbes has announced its Virtual Billionaires NFT collection in collaboration with Bahamian-located crypto exchange giant FTX. According to the statement released on Monday (April 11, 2022), the collection will go live on Wednesday (April 13, 2022).

Details of the announcement also revealed that all subscribers of Forbes’ paid service received early access to the NFT collection on Monday.

The blockchain-powered digital collectibles from Forbes boast 100 NFTs featuring virtual billionaires, each with their own custom accessories and unique portfolios. Also, every piece from the collection will appear on the official Forbes.com ranking page.

Furthermore, every item from the portfolios is based on assets publicly held and traded on the New York Stock Exchange (NYSE). Exchange-Traded Funds are also included in portfolios as well.

In addition, the portfolios held by these NFTs will adjust in value to match real-time prices and changes in rank on the Forbes Billionaires list.

Regarding the decision to leverage blockchain technology for digital collectibles, Chief Technology Officer at Forbes, Vadim Supitskiy, emphasized that the move represents a forward-thinking approach towards digital assets and the emergence of the Web3 economy.

Last year, we turned a Forbes cover into an NFT, demonstrating that journalism is as immutable as a piece of one-of-a-kind artwork. In March, we shaped the conversation around digital assets and Web3 at our inaugural Summit. Now, we’re cementing our place in the Metaverse by launching these interactive collectibles that can be authenticated and traded on the blockchain.

Finally, the collection is illustrated by Barcelona-based artists Goodog and ItsACat. Also, the collectibles are expected to hit all recognized marketplaces that support ERC-721 tokens after launch.

The digital collectibles economy continues its barnstorming start to 2022 with several landmark moments pertaining to mainstream adoption and traction. While popular collections like Bored Apes Yacht Club (BAYC) have received patronage from pop culture figures such as Madonna, established entities are also getting in on the NFT bandwagon.