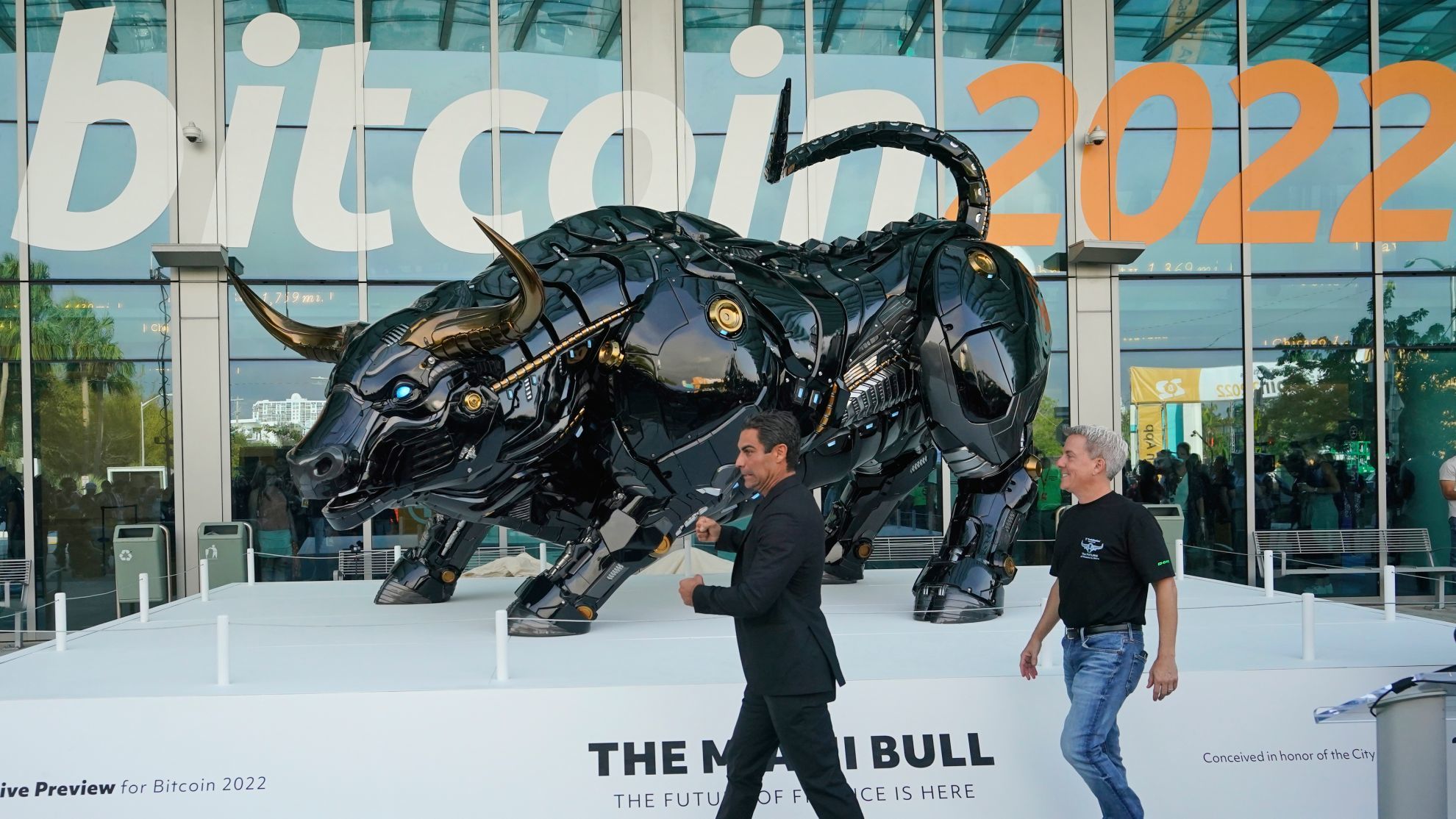 According to Coindesk data, Ether, the second most traded cryptocurrency, was trading at $3,254, up 1.21%.

During the previous day’s session, Bitcoin was trading at its long-term support level, while the crypto markets continued to drop.

Bitcoin’s Saturday decline comes on the heels of Friday’s intraday high of $43,903.02, but as volatility increased, traders liquidated some positions, bringing prices lower.

With Saturday’s decline, ETH is now down over 9% in the last seven days, remaining close to its long-term basement.

Additionally, alternative cryptocurrencies (altcoins) have risen and fallen in popularity as investor sentiment fluctuates between optimism and pessimism.

The Bitcoin 2022 conference in Miami has concluded, with more than 25,000 attendees celebrating the world’s most popular cryptocurrency and other assets.

The annual event brought together some of the industry’s most prominent figures, including Galaxy Investment Partners CEO Michael Novogratz and Paypal co-founder Peter Thiel, to discuss the state of bitcoin.

The crypto economy has expanded in the months since the COVID-19 pandemic devastated the majority of the world’s economies, with more crypto enterprises appearing and flourishing.

Bitcoin has more than quadrupled in value since before the outbreak, despite a nearly 40% decline since November’s record high.

Meanwhile, according to the latest data, Bitcoin whales have been preoccupied purchasing new supply from sellers, with the exchange Bitfinex seeing some significant bid volumes filled.

Several cryptocurrency news outlets have previously reported on the relevance of Bitfinex whales and their recent purchasing and selling activities.

Another anonymous large-volume wallet has likewise continued to acquire millions of dollars’ worth of Bitcoin at regular intervals independent of price movement — a practice known as dollar-cost averaging.