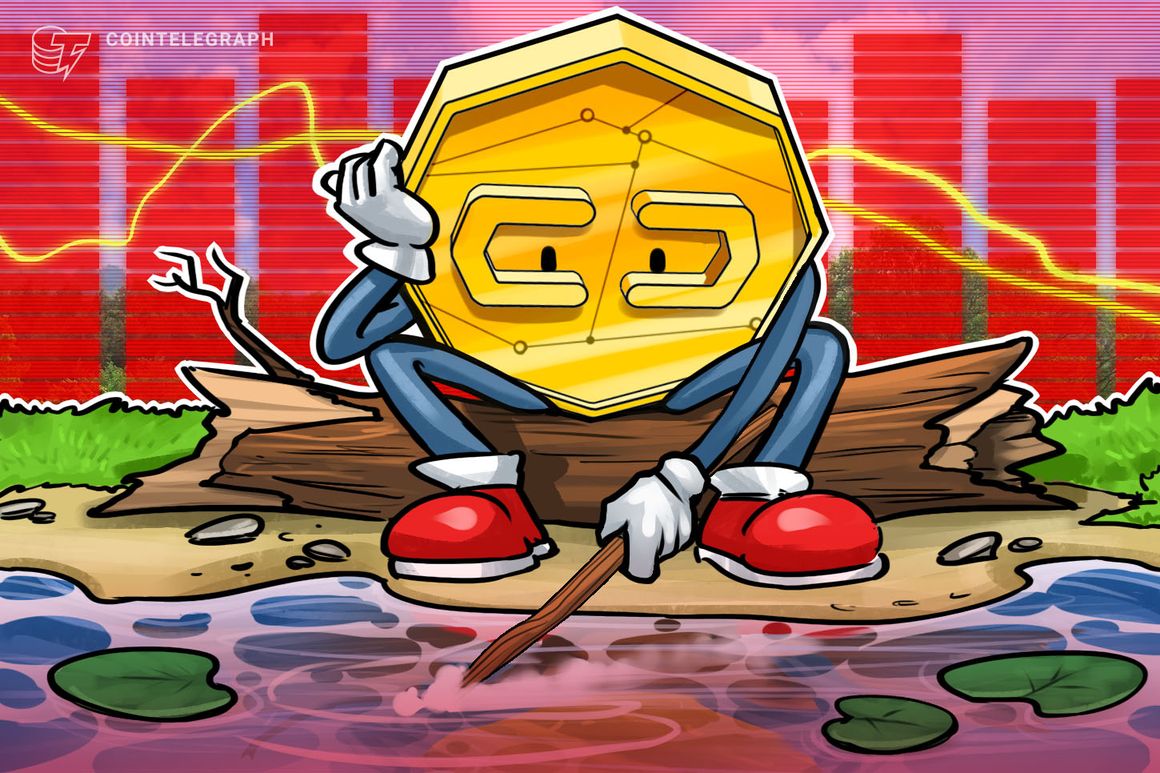 AXS/USD dropped to $46.69 on Monday, its lowest level since March 16, signaling a dampening buying sentiment among traders and investors following the hacking incident.

Independent market analyst TJ asserted that there is “no sign of buyers” even with the price entering areas with a history of attracting accumulators.

For instance, AXS broke below the demand zone that TJ highlighted as a potential inflection point during the weekend, a move that risked sending the price further lower towards its range support target near $45 this week.

AXS bounce back ahead?

The bearish prospects appear despite a strong assurance from Sky Mavis — the company that built Axie Infinity — that they would reimburse all the users who lost funds in the $625 million theft. Last week, the firm announced a $150 million raise, led by Binance, to honor its promise.

Additionally, AXS hints at more downside after painting a death cross between its 20-day exponential moving average (20-day EMA; the green wave) and its 50-day EMA (the red wave).

The area around the $45-level has earlier served as an accumulation zone for traders. For instance, its last retest as support in March had preceded a nearly 70% rebound move to around $75. Similar retracement moves occurred in January and February when the price fell to around $45.

Meanwhile, as AXS tests the key support level, it would also prompt its daily relative strength index (RSI) to move lower below 30 — an “oversold” signal. This suggests Axie Infinity could be due for a bounce higher in April.

AXS’s price is already “oversold” on its four-hour chart, according to its RSI readings near 25. Meanwhile, AXS is breaking out of its prevailing falling wedge pattern to the downside despite it being a bullish reversal pattern in theory.

The support confluence — featuring an oversold RSI and the accumulation zone near $45 — raises the AXS’s potential to re-enter the wedge range, followed by a breakout to the upside.

If this happens, AXS/USD could move toward $58, a key March 2022 resistance level, based on the falling wedge’s theoretical profit target, measured after adding the distance between its upper and lower trendlines to the breakout point.

Related: BTC stocks correlation ‘not what we want’ — 5 things to know in Bitcoin this week

That is primarily because the $45-level serves as the pattern’s neckline. As a rule, a break below the H&S neckline support shifts the asset’s downside target to the level at a length equal to the maximum distance between the head and the neckline, as illustrated in the chart below.

As a result, the H&S setup risks sending AXS’s price toward $12 on a decisive breakout below its neckline.