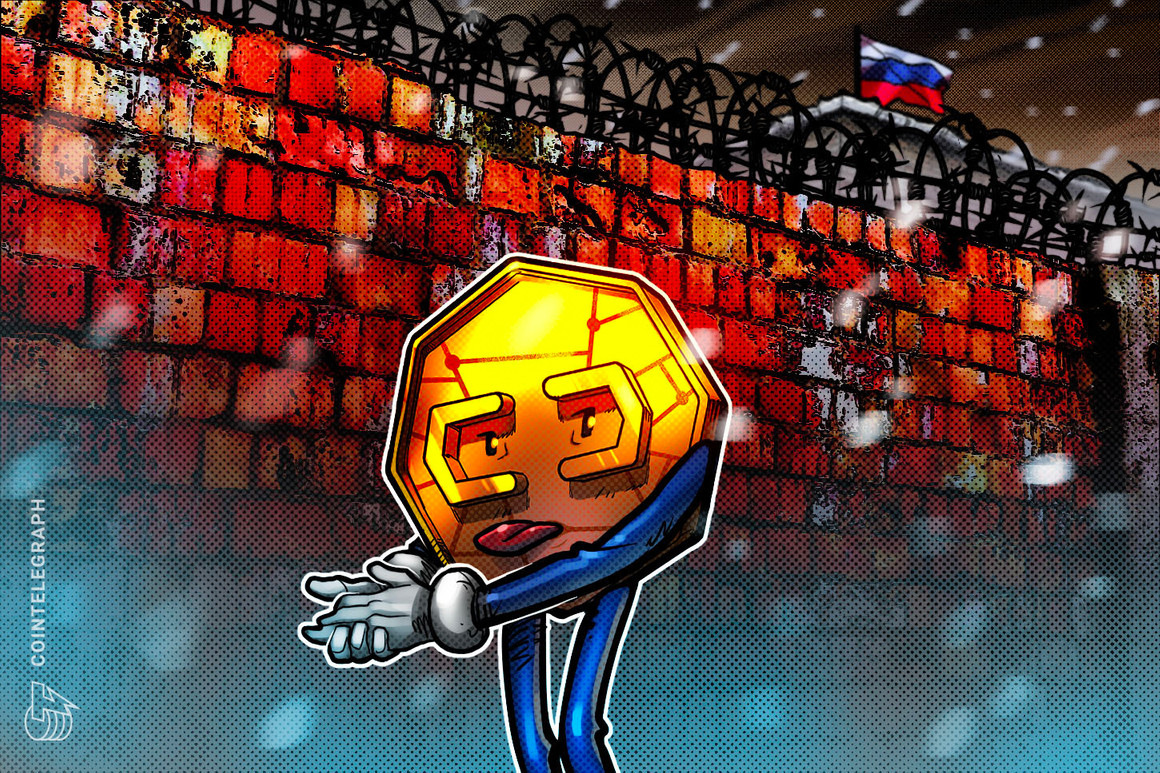 The Council of the European Union has cut Russians off from certain cryptocurrency services as part of a package of restrictive measures against Russian President Vladimir Putin’s “brutal aggression against Ukraine and its people.”

In a Friday announcement, the EU council said it would be closing potential loopholes in using digital assets for Russian entities and individuals to evade sanctions with a “prohibition on providing high-value crypto-asset services” to the country. The action was one of three financial measures the European Commission proposed alongside banning transactions and freezing assets connected to four Russian banks as well as a “prohibition on providing advice on trusts to wealthy Russians.”

Russian Prime Minister Mikhail Mishustin claimed on Thursday that Russians hold more than $130 billion in crypto assets — an amount reportedly comparable to the country’s gold holdings, valued at roughly $140 billion as of March 2022. Though it’s unclear whether the Russian nationals and banks named in sanctions from both the United States and the European Union are attempting to use crypto to evade these restrictions, the narrative persists among many lawmakers and regulators.

The EU has adopted new sanctions in response to Russia’s war of aggression against Ukraine. These include a ban on:
imports from Russia of coal
Russian vessels from accessing EU ports
Russian and Belarusian road transport operators

The European Commission included crypto assets as part of its sanctions targeted against Russia and Belarus in response to the invasion of Ukraine announced in March. In the United States, the Treasury Department warned companies and individuals not to facilitate crypto transactions sent to certain Russian nationals and banks.

Related: European ‘MiCA’ regulation on digital assets: Where do we stand?

While lawmakers continue to hint at crypto’s possible role in evading sanctions, oil and gas exports from Russia to EU member nations remain a major source of income for the country currently attacking Ukraine. The package of restrictive measures from the Council of the European Union included an import ban on Russian coal but did not mention oil or gas. The United States Congress passed a bill on Thursday to ban oil and gas imports from Russia, which represents roughly 2% of the U.S. supply compared to an average of 20% across Europe.