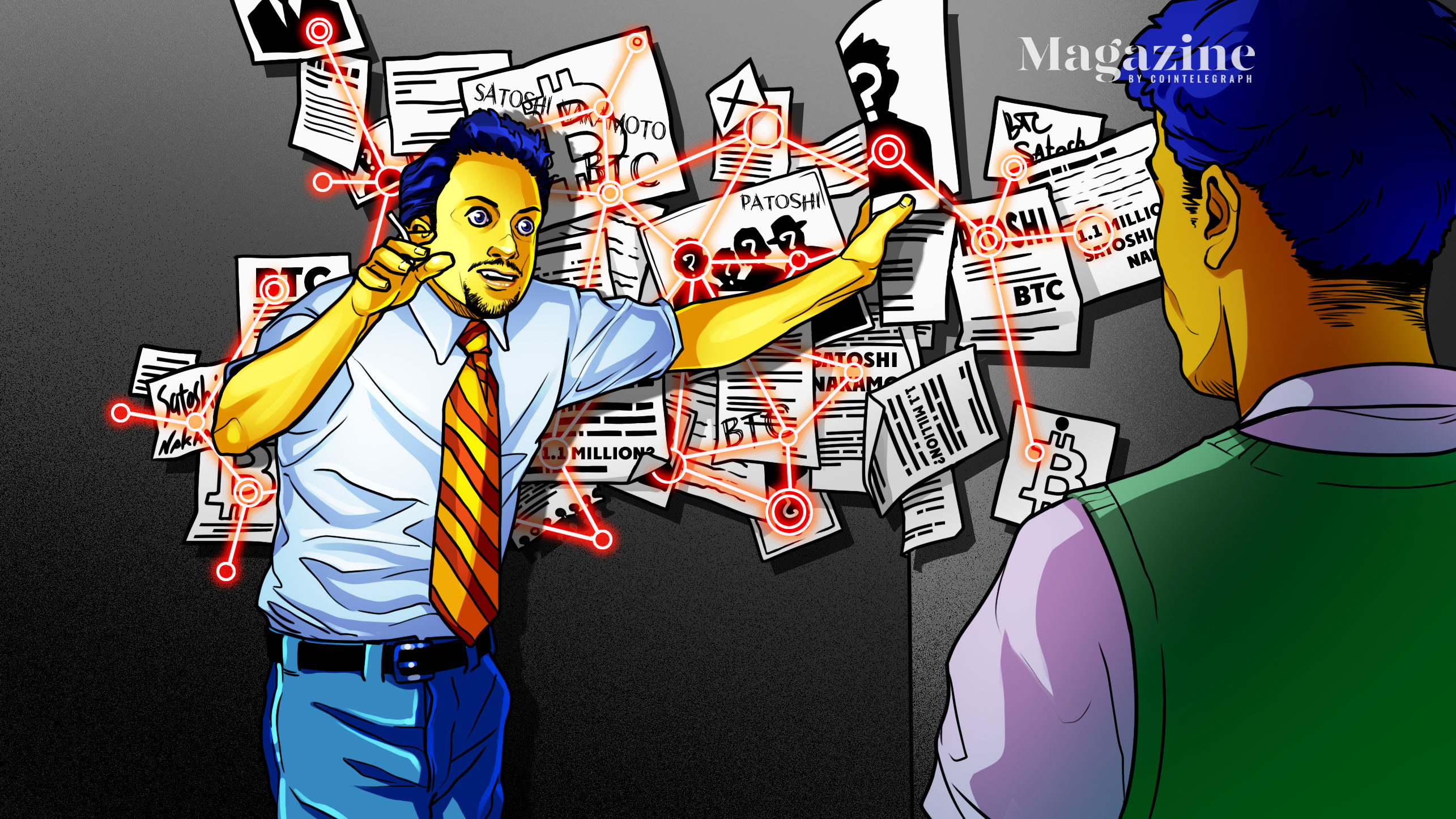 Bitcoin’s pseudonymous creator, Satoshi Nakamoto, is a figure surrounded by mystery, and this intrigue continues today despite many aspects of the founder’s influence being studied at length.

A particular point of interest has been a large amount of unmoved Bitcoin mined in the early days of the blockchain’s existence that is attributed to Satoshi. Much like a sunken treasure captures the imagination of explorers, this BTC’s existence and its dormancy have been the subject of extensive research.

Over the past few years, there’s been a lot of attention whenever BTC contained in wallets mined in the years following Bitcoin’s creation is moved. Some of these transactions have warranted the attention, while others simply fall out of the timeframe when Bitcoin’s creator and other early adopters may have been mining.

A significant amount of analysis and simulations have been made in an effort to accurately identify blocks and Bitcoin believed to have been mined by Satoshi Nakamoto. Thanks to the efforts of individuals, there is a better understanding of how they went about mining, how many blocks they mined, and how much BTC they accumulated as a result.

Others have built on this work to make the picture clearer — but there is still so much interest surrounding the legacy BTC mined in the early days of the blockchain’s existence and if and when it will ever be moved.

Let’s rewind the clock to early 2009 when Satoshi Nakamoto brought Bitcoin into existence by mining the genesis block. In the months that followed, the founder and other early collaborators and adopters began to use the blockchain, mining blocks and transacting with their BTC wallets.

The Bitcoin mining reward of 50 BTC meant that a large amount of the capped cryptocurrency was mined in the three years before the first-ever halving event. Satoshi Nakamoto’s role in the early Bitcoin mining ecosystem has been proved to be significant through blockchain analysis conducted by cryptocurrency security consultant Sergio Demian Lerner, which meant that the founder/s were in control of a significant amount of BTC.

Cointelegraph reached out to Lerner, who currently works at IOV Labs as their chief scientist, to better understand how he helped shed light on Satoshi Nakamoto’s involvement in the foundation of the Bitcoin network.

Lerner carried out simulation-driven research outlined in a paper titled “The Patoshi Mining Machine,” which examines what hardware Satoshi Nakamoto used to mine in the early days of Bitcoin. To try to avoid contentious debates about the Bitcoin founder and focus on the technical side of his work, Lerner dubbed the miner “Patoshi.”

The researcher likened Bitcoin mining to buying a lottery ticket as he explained how his simulations identified this pattern: “The most interesting simulation was the re-mine of Patoshi blocks looking for other solutions to the Bitcoin proof-of-work puzzle.” He adds, “Each solution is a number (called a nonce), which is like the number of a lottery ticket. Miners ‘buy’ lottery tickets one after the other until they win.”

Lerner compared the ticket numbers of the lotteries that he mined to the ones that were mined by Patoshi. When the researcher restricted the analysis to certain ranges of the lottery numbers, he realized that Patoshi had a “clear tendency” to choose the higher numbers.

“This strongly implies that Patoshi scanned the numbers downwards when looking for the winning lottery ticket. Even if we don’t know if he started with a high or low number, he always did it by decrementing the ticket number until some time had elapsed or he won the Bitcoin block lottery. The fact that in each separate range he searched there is a tendency to pick higher numbers, but combining all ranges there is not such a tendency implies that he was scanning the numbers simultaneously with five different machines (or threads), each on a certain range.”

By identifying a pattern in the nonce value of the coin base transaction of certain blocks mined in the first three years of Bitcoin’s existence, Lerner was able to shine a spotlight on blocks and BTC that was undoubtedly mined by Patoshi.

Lerner also highlighted the fact that “The Patoshi Pattern” crucially mimics the nonce pattern in almost all of the Bitcoin blocks that were mined in the first 14 days of the blockchain’s existence. This was the data-backed link that helped identify Patoshi-mined blocks and the BTC in the coin base transactions that therefore belong to Satoshi Nakamoto.

Lerner’s research provides the basis of an educated estimate of the amount of Bitcoin that Patoshi had accumulated through their early Bitcoin mining. He believes that Patoshi received around 1.1 million BTC from the rewards of some 22,000 blocks mined.

He highlighted some key characteristics that made this pattern stand out in helping identify Patoshi blocks and coins, while he also conceded that other bodies of research have arrived at lower estimates of Satoshi Nakamoto’s BTC hoard around 750,000. He adds:

Much of Patoshi’s holdings remain unmoved and untouched, while the Bitcoin they did send has been identified through the work of researchers like Lerner and other Bitcoin aficionados. Lerner believes this provides enough evidence to make some educated assumptions about Patoshi’s BTC.

“Apart from the fact that Patoshi was the first Bitcoin miner, people other than me have connected some of the Patoshi blocks with payments made by Satoshi that early Bitcoiners have revealed over the years,” adds Lerner.

The exact payments amounts, approximate times during which those transactions occurred, or checking the transaction identification, all linked back to several of Satoshi’s payments, which included payments to the likes of Dustin Trammell, Nicholas Bohm and Mike Hearn.

Lerner adds, “I’m used to mathematical proofs, not circumstantial evidence, so these public communications or the fact that Patoshi was the first miner do not prove Patoshi is Satoshi. However, the Occam razor would suggest that the simplest explanation, that Patoshi is in fact Satoshi, has the highest chances to be the correct one.”

Lerner told Cointelegraph that he’d identified 16 payments made by Patoshi that consumed no more than 16 coin base rewards. A coin base transaction is the BTC awarded to a successful miner, which was 50 BTC at the time. Lerner says there was a high probability that Patoshi moved around 800 BTC, while the value of these coins was negligible at the time.

“It doesn’t change much if the amount he spent is 10 Bitcoins or 800 Bitcoins, over a total of 22,000 blocks that he mined. At the time he spent them, even considering the first valuation that was established one year later, the value of 800 Bitcoins would be less than one dollar. In dollar terms, we can say he spent almost zero.”

Nevertheless, this also means that Satoshi Nakamoto did not spend the majority of the Bitcoin acquired from maintaining the network.

Given that around 1 million BTC attributed to Satoshi remains dormant, any movements of Bitcoin from long inactive wallets grab attention and headlines in the cryptocurrency space. Even the slightest hint that the BTC in question could belong to Bitcoin’s founder means that blockchain analysts keep a close eye on significant Bitcoin transactions from old wallets. A prime example was the movement of 50 BTC in May 2020 that had been mined in February 2009.

The coin base transaction occurred just a month after the Bitcoin mainnet went live, leaving the possibility that the coins were moved by Satoshi or one of the early cypherpunks who had been experimenting with mining and transacting in the early days of the blockchain’s existence.

Perhaps more interesting is the effect that these awakenings can have on the wider cryptocurrency markets. In May 2020, an unknown person moved BTC that Craig Wright purported to own in addition to his widely challenged claims to be Bitcoin’s founder.

Wright never proved or disproved that he had moved the coins, but the suggestion that the real Satoshi had done it to prove Wright a fraud spooked the markets. The result was a $6.5-billion drop in Bitcoin’s market capitalization as traders unloaded holdings due to uncertainty.

One of the more recent dormant BTC transfers took place in June 2021 and was flagged by WhaleAlert on Twitter. 791 BTC was moved from a wallet that hasn’t been active since 2012. Blockchain researcher, developer and cryptocurrency trader Kirill Kretov has been actively keeping tabs on various “virgin” wallets that hold their original BTC mining reward and have never moved these coins.

While the movement of these coins caught the attention of some in the crypto community, which suggested that this could have been Satoshi moving old coins, Kretov believes the transaction didn’t warrant the attention it received: “My parsers monitor only ‘virgin’ wallets: those that received funds but have never made any outgoing transfer. Thus, until they make it, we can’t be sure whenever the private key for it is known and whether the wallet will remain asleep forever.”

He further adds, “Once an outgoing transaction is made, I’m no longer interested in that wallet because it means ownership has already been proven in the chain. The wallet in the article has already been awakened in 2012, so it is of no interest to me.”

Kretov admits that giving an accurate estimate of how many dormant coins exist remains a difficult endeavor mainly because there were so many different wallets created between Bitcoin’s inception in 2009 and the first reward halving three years later.

“A very rough estimate would be 2 million BTC of virgin Bitcoins created between 2009 and 2012. A more precise current figure would require me conducting a lot of lengthy calculations. And while I would be doing those, things may already change.”

Ultimately, the sheer amount of dormant Bitcoin will continue to grab the imagination of the cryptocurrency community as its value continues to steadily rise over the years. This unmoved Bitcoin accounts for a significant percentage of the market supply, and this will make it increasingly more valuable as more people begin to acquire Bitcoin and the market supply dwindles.

Many wonder if Satoshi Nakamoto will ever spend their coins, considering that their holdings amount to around 1.1 million BTC. With the value of a single Bitcoin so far maxing out at $63,500, Satoshi’s holdings were at one point valued at nearly $70 billion. If Satoshi were to reawaken all of their coins, move them to exchanges, and sell them, there would undoubtedly be a steep price correction driven by simple supply-and-demand economics.

Only time will tell if Satoshi will ever move their coins, but Lerner’s research leads him to believe that would be out of character for Bitcoin’s founder. “I’m happy that after eight years of blockchain forensics analysis, nothing alarming was found, but on the contrary, all clues lead us to believe Patoshi showed high altruism by mining Bitcoin.” He further adds:

“He refrained from mining when others did, not to hoard too many coins, and to keep the difficulty low longer so more people could earn coins when joining the network. Patoshi mined to protect the network from early double-spend attacks when the network was more fragile, and not for selfish reasons.”

Lerner also stressed that his research was driven by his passion to answer what he describes as a deep logic enigma. His endeavors uncovered how many BTC belong to Satoshi Nakamoto, but they also led to a greater understanding of the altruism displayed by Patoshi and the efforts they took to nurture the early Bitcoin network. “Personally, my research was never about Satoshi the human/group, but started as an analysis on Bitcoin wealth concentration and the risk of market manipulation.” He stated:

“Before I learned about Patoshi, it was an ethical dilemma for me to work in Bitcoin. What if a few early adopters had the majority of coins? What if Bitcoin’s new financial system ended up having much higher wealth concentration than the current one.”